Getting Started With Writing, Part XLIII 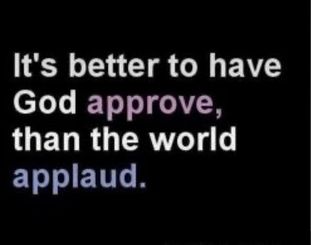 This posting has to do with practical matters of sales and circulation which are brought to bear upon the contemporary composer writing art music for the Organ.

Looking at it strictly through the lens of the Organ, anyone composing music these days for the King of Instruments is writing for a medium whose core repertoire spans hundreds of years and is automatically entering into a dialogue with the past and having enduring works for models.  This leads the composer into giving some thought to what it might take for new writing to become something that speaks to a broad variety of musicians and music lovers over a span of cultures, places, and epochs -- something that might have a life beyone its original premiere and even possibly labored over, loved, interrogated, and admired by future generations.

The overwhelming majority of music being created for public consumption today is made with an entirely different goal in mind, viz., to create a hit, catching fire with the broadest possible listening public with no concern or regard for any kind of historical endurance.  The desire to write a piece that would enter the Organ repertoire is particularly apposite, but, for any new work that has substantive ideas, a well developed sense of craft, and an inner propulsion that carries the listener forward from start to finish including a little of the unexpected, history teaches that such characteristics, among others, are necessary for any new art music to one day enter the standard repertoire regardless of whether or not it happens to be fashionable for the current time or place or ever achieve acclaim during the composer's lifetime.

This has been the essential thinking of a substantial number of composers for many centuries, but, for better or worse, times have changed, tastes have changed, and, before "selling" their music to the audiences of today, contemporary composers are faced with "selling" it to today's organists who might want to play it.  And, for them, that's the Catch 22.  Most organists will only play what their audiences are willing to hear, and most audiences are inclined to listen to what they already know.  This has led many contemporary composers to stop writing fugues and other lengthy polyphonic pieces because just about nobody in the listening public is interested in such style anymore, very few people possess the skill level to play them, and those organists who happen to have the requisite skills generally prefer to play more well-known music or what can be learned in a much shorter time, as their jobs typically require the handling of new music quickly.  When these same composers begin creating chorale preludes and meditations on well-known hymn tunes with clear melodies however, they very often find interest in their composing picking up; they feel compelled to write simpler music after that because they want other people to play it, and it seems clear that they won't play it unless it fits a certain format with this general make-up:  1) emotionally charged title, 2) under 5 minutes in duration, 3) homophonic, i.e. not more than a single recognizable melody sounding at the same time (could be in any part), 4) recognizable form, 5) harmonies with not too much chromatics, and 6) simple rhythms with recognizable patterns and time signatures.

All organ playing is balance, and the same is true of composing for this instrument in today's world; the balance comes in finding a way within these parameters to include some individuality and craftsmanship without overwhelming today's listeners with a preponderance of style to which they're indifferent, not to mention being ponderous and challenging to learn [See blog, Balance In Organ Playing, Parts I-III].  Now, this is not the same as saying that contemporary composers should feel compelled to yield and undergo some sort of drastic metamorphosis contrary to their own innate inclinations for employing animated counterpoint as a basis for their writing ... or if, let's say, it's been their habit to insert spicey chromatic harmonies or perhaps a bit of the unexpected at times into their music; these kinds of creative practices among others are the same practices which have carried the art of composing forward and have encouraged its preservation from the very beginning.  How they write their music is all part and parcel of who they are, what God has put inside them, and what He calls them to do.  At the same time contemporary composers should not feel surprised or discouraged when today's broader listening public -- a largely myopic public ignorant of the musical greatness of what has come before -- expresses zero interest in their work.

The truth is, today's society has created substitutes for everything, and a great many people have confused these imitations with the authentic.  Today's society is so accustomed to the artificial that a great many people have forgotten the real thing.  This is why there are far worse things that can happen to someone than to be less trendy and a bit "old-fashioned" in his/her thinking [See blog, An Anointed Ministry, Part VI].  Whatever is old-fashioned has to do with it being typical of an earlier time and having stood upon a framework of sane and solid principles which have provided it with staying power and long-standing appeal.  This, as stated, spans cultures, places, and epochs and has nothing to do with the latest craze that appears briefly for a time only to be replaced by the next fad, enthusiasm, or fever.  In the case of music this framework involves, among other things, well thought out and well-crafted starting materials, recognizable form, skillful workmanship, a quick and creative imagination, and many other aspects frequently associated with greatness which, even if passed over by the consumers of the present day, are nevertheless dateless, intemporal, and never go out of style.