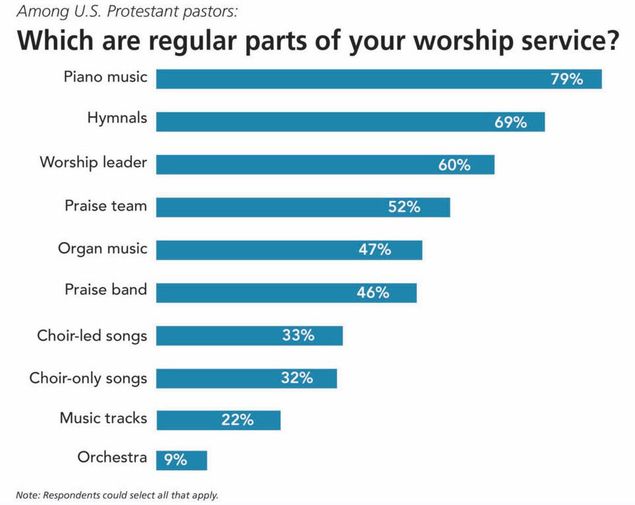 The Protestant Christian worship service in the United States today is a shared ministry between the pastor and the worship (music) leader.According to a recent study by Lifeway Research (photo) hymnals are still in use in the majority (69%) of Protestant worship services in America, but the piano (79%) remains the primary musical instrument employed.Today a little less than half (47%) of American Protestant churches regularly feature organ music, around the same number (46%) feature praise bands, and, among Protestant clergy, Lutheran pastors (88%) are the most likely to say that their worship services regularly have organ music.A fair number of Protestant churches in America today do have organs in playable or mostly playable condition but no one to play them.Bottom line: organists are getting hard to find -- all the more reason to encourage those with an interest in a keyboard instrument to seriously consider organ playing and to take advantage of the many educational helps and support offered by online resources, including this web site.