When We Have Art, Part III 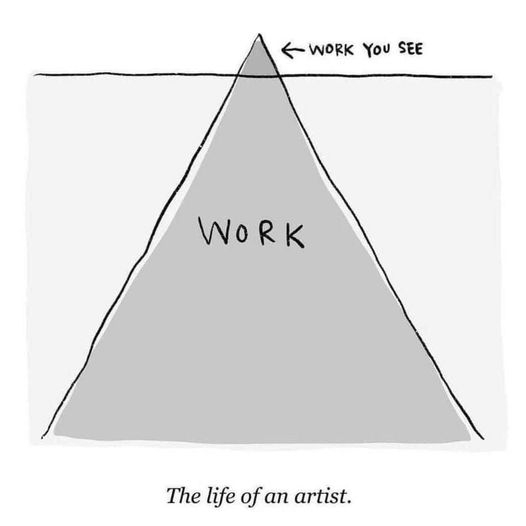 (con't from Part II)"The world is king, and, like a king, desires flattery in return for favor; but true art is selfish and perverse -- it will not submit to the mold of flattery."-- Conversations (March 1820) -- Ludwig van BeethovenThe Titan of Symphony had it right ...The true artist, like Beethoven, goes right on creating, prizes or not, awards or not, trophies or not, accolades or not, favor or not.The true artist keeps working and creating, no matter what, and knows that if recognition or praise comes, that's fine -- and if it doesn't come, that's fine, too.Practitioners of the creative arts who enter their work in contests should expect to find out that what resonates with one evaluator may not as much impress the aesthetic senses of another, and even though a contestant's work may be well crafted, imaginative, and of very solid construction, the recognition it really deserves may not be, and often isn't, forthcoming.And that's okay.The mind of a true artist should never be disturbed by this.The true artist knows that the sacrifice of time, effort, hard work, whatever money is spent, and all the discipline practiced, to bring forth a brand new work into this world -- which they themselves had the sole hand in birthing -- yields its own rewards.Art forms destined to have a future subsist on energy innovation -- in the case of music by keeping the best of what we know from the musical language of composers from the past and doing something interesting and unanticipated with it that nobody else ever thought of or attempted before.At the same time the temptation to weigh recently composed musical works too early in their life before they have withstood the test of time seems to be ever-present.For those who believe that new music should be cogent, concise, contrapuntally savvy, listener-friendly, definitely of our time, and weighed by its discernable formal architecture, the quality of its thematic material, the bold moves it makes, and how it stands up under usage, what can be said with assurance is that such scores -- often considered by their composers as mere trifles compared to the masterpieces of others -- have been known to appeal to a broad range of musicians and music lovers over a span of time, cultures, and places, to have a life beyond their original premiere, and possibly labored over, loved, interrogated, and admired by future generations.Inspiration comes, but it has to find us working.