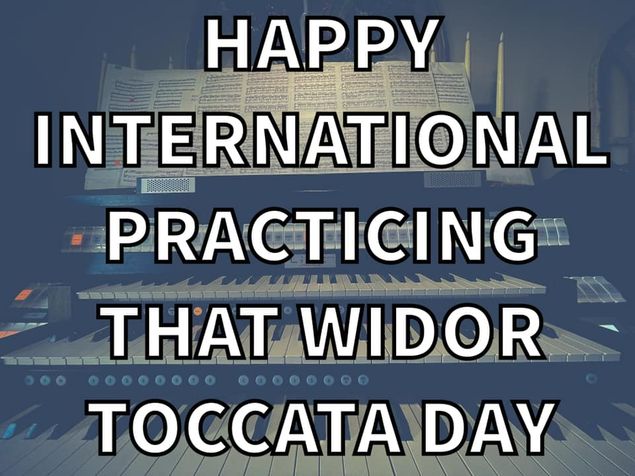 (con't from Part II) Ask a group of organists to describe in four words what will ruin Easter for them, and eventually someone will say, "Widor Symphony Five, Toccata" -- that same ringing, triumphant organ work so often associated with the postlude for important worship services during the liturgical year in general, and Easter in particular.This attitude evidently stems from the demands made by this work in terms of length, its uninterrupted rhythm from beginning to end, the equal facility it requires of both hands, the use it makes of the entire range of the pedalboard from low C to high F, the time it takes to practice it for precision before increasing speed to concert tempo, and any burnout they may feel when reality, for one reason or another, doesn't seem to line up with their expectations.Some players envision the day that they master this work as never arriving when the reality is: while this composition cannot be called easy, the standard organ repertoire is full of much tougher pieces to perform than this one.The truth of the matter is, more performers would be able to play this work to their satisfaction if they would simply stop overworking at it, equip themselves with the right tools, believe in themselves, give it a go, and stick with it [See blog, Widor 5 Toccata, Parts I,II, Balance In Organ Playing, Parts I-III].