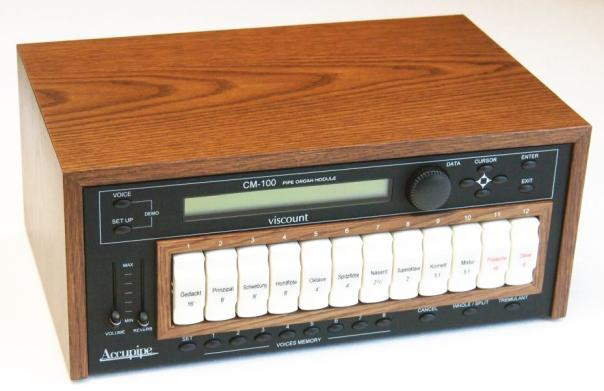 (con't from Part I)Many enthusiasts at the organ reach a time when they would like to access modern technology and sound to upgrade and expand their digi home organ ... and, if possible, do it in a way without having to disconnect the digi organ's internal speaker system to convert it to play VPO sample sets [See blog, Virtual Pipe Organ (VPO)].When one already owns a digi organ and uses it exclusively for home practice, one doesn't have to turn on a PC and wait for it to "boot up" to play, the latency is 0, all the notes of a stop are balanced in timbre and attack, there are no noises, the reverb is easy to adjust, and all the stops can be easily controlled without launchpads or touch screens.Of course, for an organist, nothing beats the real thing ... but organ scholars who have studied Organ in a college/conservatory of music have reported having to use a practice pipe organ there which had irregular keyboards and pedal, irregular registers in timbre and level, unequal attacks, compressor, bellows, and transmission noises, detuning issues, and, very often, inadequate reverberation; ironically, these things that players can and do encounter on the real McCoy they do not experience with a VPO sample set.It's for this and certain other reasons that some prefer to stick with their digi organ at home rather than retrofit it with a PC and software to play VPO sample sets; in the end, it's all about one's own ears and whatever suits them best even if it's not in synchrony with others who have different opinions.Whether one likes to listen to a VPO sample set, or prefers an electronic organ, or insists on playing real pipe organs, or even detests organ music altogether, is simply a matter of personal choice.When organists spend long hours every day practicing on an instrument it's also vitally important that they have sounds at their disposal with sufficient tonal spread and with which their ears can be comfortable for extended periods.The current digi organs with sampled sounds or synthesis by physical modeling are far from those of the last two decades of the previous century; the improved processor's speed and the reduction in the cost of memory as well as with convolution reverberation, have greatly improved the quality of the sound.Interestingly enough, it has happened before that an organist who converted his digi home organ to play VPO sample sets has achieved with his Viscount CM-100 sound module (photo) enough quality not to have to connect the PC each and every time he wanted to practice. The latter module is a unit which sits on the console and provides up to 12 simultaneous pipe sounds from a library of 176 pre-programmed choices; the voices are generated by physical modeling technology, not by sampling.This system involves real-time calculation of the audio waveform based on the physics of construction, materials, and wind pressure; the overall effect is to provide better realism as each individual key can have its own set of parameters just like a real pipe organ, as almost every parameter can be individually adjusted.The 12 chosen sounds are selectable on lighted rocker stop tablets on the front panel but can also be accessed remotely; each one may be assigned to any of 6 output audio channels and controlled by any of 16 MIDI input channels.Hence, this unit can serve all by itself as a stand-alone small organ or as a source of additional stops for any larger MIDI-equipped digi or pipe organ.Its 8 voice memory keys controlling 8 banks of memories provide for up to 64 combinations; it also has built-in reverberation and tremulant effects selectable on front-panel keys, transposition selection, 7 tuning temperament settings, expression shoe input, 6 mono audio output channels, and stereo headphone output.