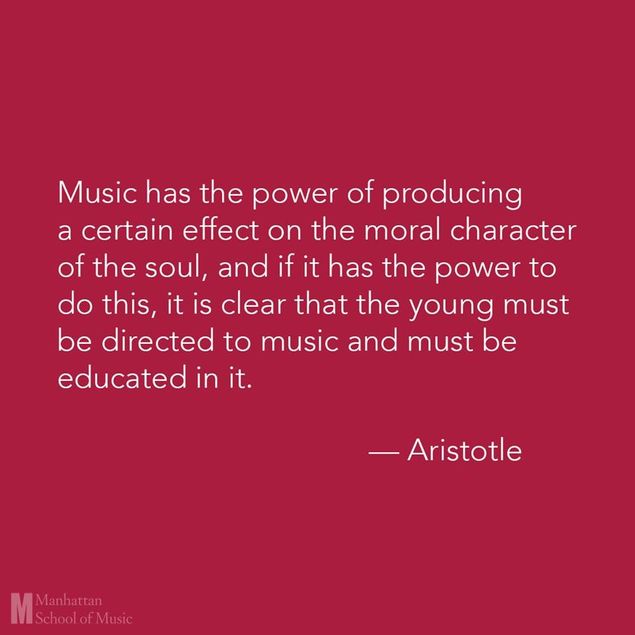 Aristotle understood.Much of his philosophical expertise is still relevant today.Whether it's a violinist, trumpeter, flautist, clarinetist, or some other instrumentalist, when they FIRST start learning how to play their instrument one of the most important things they're taught is how to keep it in tune and maintain it.They need to KNOW their instrument inside and out and how to take care of it along with learning how to play it so it functions properly, stays in tune, and doesn't fall into disrepair; the best horn player in the world, for example, if (s)he doesn't take care of that horn, is certain to have poor playing.The same goes for the organ; if the instrument isn't taken care of, the playing will sound awful -- and, if and when it does sound awful the performer needs to know how to diagnose why it sounds awful, where in the instrument the problem is coming from, what has to be done to reverse it, and, ideally, be able to perform a temporary, if not permanent, fix.Hands-on training of organists about the inner workings of their instrument, i.e. a structured course of study more broad than simply showing someone how to turn a cyphering pipe into a "dead note" for the time being, is greatly needed in the organ world. When someone is a musician, they learn to be a player -- they learn to be a performer -- they learn to be a technician of the instrument -- so they CAN be a player, so they CAN be a performer, and be them WELL.Those who truly understand what being a musician means know that these aspects of musicianship are inextricably woven together and inseparable.Some beautiful pipe organs have no one to maintain them or bring them back to life -- and no one to play them.To dismantle these instruments merely for lack of maintenance, reduce them to pieces, and then drop those same pieces as useless trash out a second floor window into an alley dumpster is nothing less than a crime against music -- a crime which, sadly, has been committed more than once in the organ world and has, among other things, resulted in the disappearance of many beautiful and carefully crafted instruments, some of which were of historic importance and of very substantial size.The preventive for this kind of unwanted and unnecessary destruction has its roots in education.That being the case, then today's university Boards of Regents, Presidents, Provosts, Deans, along with the Superintendents, Principals, and School Boards of the local public school system, should bear this in mind and let it guide their decision-making without excuse or exclusion.This is not a new concept; German organists during the time of J.S. Bach, for example, were not just enjoined to play it but were in fact expected to keep the instrument entrusted to them in good working order, tune it themselves, and even make minor repairs if needed to keep it playing the same or better than it was when they were appointed to play it.Of all musicians the organist stands unique in the musical world -- the master of the most stupendous, the most wonderful musical instrument ever fabricated by the hand of man -- and can claim a special birthright in the land of musical sound which no other orchestral or keyboard musician can, or ever could.This places organists and any program which educates them fully in ALL aspects of their profession in the forefront of music education, not at its periphery.Aristotle had it right.