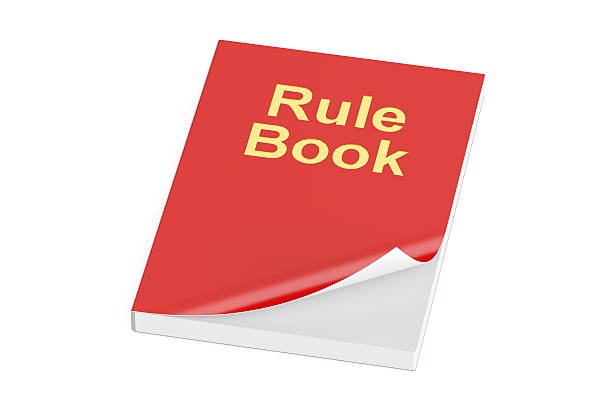 As Mdme. Boulanger's and Mssr. Debussy's statements imply, the rules of part-writing which have come down to us have been distilled from the habits adopted by composers over a very long time.
Being restricted by certain rules can allow some incredible artistry to flourish; rules have forced certain composers to be amazingly creative to solve musical problems and find their way brilliantly out of some incredibly tight spots.
In that sense, rules DO make works of art.
On the other hand, works of art DO NOT ALWAYS make rules; none of Bach's fugues, for example, are a precise fit for the rules of fugue-writing outlined in early textbooks; many modern textbooks in fact hesitate to use his fugues as examples because none of them follows precisely the same procedure; and here we are talking about the greatest fugue-writer the world has ever seen or probably ever will.
When we're studying the scales we learn a firm "rule" very early on that the melodic minor used when writing moving lines is to have scale degrees 6 and 7 sharpened in ascending (the reason being, the augmented 2nd interval between 6 and 7 of the harmonic minor is hard to sing going upward -- plus the scale needs a leading tone as the tonic note is approached) and in descending it will follow the key signature of the passage in which it's written, i.e., with no additionally sharpened 6th or 7th.
We get this firmly into our heads because it applies in just about every instance and think we have it all figured out, from then on.
But then comes a day when the passage we've written in our fugue has an ascending minor scale and we sharpen 6 only to discover that this creates an intolerable dissonance with one or more other moving lines, a dissonance which disappears however when we use the harmonic minor, i.e. without a sharpened 6th.
And now we've switched out the melodic minor for the harmonic minor, breaking a "rule" in the interests of art, thereby eliminating an intolerable dissonance and arriving at a harmonious outcome.
There's a lesson here -- that in the minor key we have to look at what's going on all around an ascending line before we settle on its exact pitches, and what works in the vast majority of applications may not always work -- not 100 per cent of the time.
In the score for the G Major Op. 31 Postlude we find just such a situation, an example where the entries in minor keys incorporate ascending lines in harmonic minor; this is to eliminate the intolerable dissonances which would be created by following the rule of sharpening 6 in the ascending melodic minor.
We have said many times on this web site that no rule in organ playing is every "absolute" -- that there is no such word in the glossary of organ playing.
Notation however is merely a tool that operates one way, and one way only, for the placement of marks; it thus works only one way, like a pen or pencil.
The "rule" for accidentals is an example of this: when a chromatic accidental (#, b, or natural sign) is inserted before a note on the page, the inflection applies only to THAT note in THAT octave in THAT measure, and when the bar line for that measure has passed the inflection automatically cancels.
In this sense the rules of notation are understood to be universally prescribed standards governing the placement of marks, signs, figures, and expressions rather than a group of usually valid generalizations which help guide the creative process.
In the latter sense the rule book is, and always has been, a friend -- a system of common practice derived from the successful workings of a vast number of Western composers on back through many centuries of music writing.
The rule book then, as thus defined, is a "map" of sorts ... something in place to guide and serve composers of the present day, not to intimidate them, not to enslave them, not to be poised ready to crush them in an instant for the slightest deviations.
In the case of organ composition, composers first learn to live within the limits the rules of part-writing and voice ranges impose so that, if the opportunity happens to present itself, they will know how to bend or break any of those rules like an artist.
It's a provable fact that no composer of eminence ever arrived at mastery without having passed through a period of strict discipline with respect to the rules of composition and part writing.
It's also provable that the artistic bending or breaking of a rule, at times, can lead a composer to discover beauty where they were told, or led to believe, that there was none [See blog, Monotony, Getting Started With Writing, Part XX].
The Bach Chorales, which are 4-part harmonizations on the Lutheran hymn tunes of his day, are a perfect example of this -- in them we will find a number of instances where the so-called "rule book" is thrown overboard [See blog, Getting Started With Writing, Part XX].
Bach's music consists of a number of independent moving lines composed entirely from the mind away from the instrument, allowing the voice leading to be led by art rather than an absolute rule or what's easiest to finger.
Over 300 years later his Chorales are still considered a compendium on how to harmonize a melody in 4 parts by means of following rules and at times by breaking them.