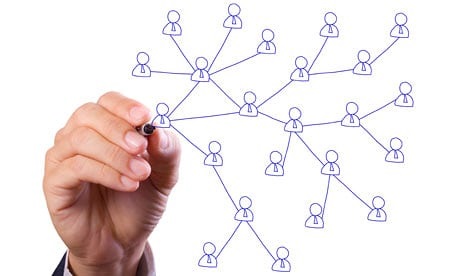 There's no telling when a teacher's influence will ever end (photo).The thought therefore, of being able to study with a student of a student of a student, etc., all the way back to some famous composer or virtuoso organist from history, is an idea, a nice one at that, which might help us better see the big picture about carrying on the tradition of organ playing as passed down through previous generations.We need to be aware, of course, of the perils of placing a blind trust in genealogy, as different organists in an unbroken chain of generations of teacher-pupil succession have not always been consistent in observing or passing along everything they learned from their teacher(s).In addition, teachers are subject to the revolutions in thinking of their own day which may impact very strongly on their ideas of the traditions they need to be passing along to their students.In some cases this can be so powerful an influence that it can overshadow and dominate a teacher's influence and even change over time the definition of what constitutes a "tradition" in organ playing.Probably the most notable example of this are the pedagogical trends of the late 18th century following the death of Bach, a time during which organ technique aligned itself with legato piano performance.Under the influence of the piano an entire school of legato in organ playing -- including substitution, thumb glissando, and all the rest -- emerged in the early 19th century and continued well into the 20th century; a rigid system of rules for part playing also arose out of this system which were ultimately codified by Marcel Dupre in Part II of his famous "Methode d'Orgue."Today, as a result of discoveries made around the middle of the 20th century and which are still emerging, we now know that the authentic performance style of pre-1800 organ music was not the unvarying legato passed down through this legato school despite its long line of adherents, that substitution, thumb glissando, and even some of Dupre's rules of execution no longer applies to this authentic style of playing, and that a different type of fingering and pedaling is demanded by this style than what used to be taught.Therefore having a traceable pedagogical lineage back to some famous musician does not give us a bulletproof guarantee that everything we've learned from our teachers is identical in every respect to some "tradition."What it DOES do -- is place a responsibility upon each of us to be better, to practice and study until we're the best we can be, to strive for excellence always, and to spread our message as far as we can.