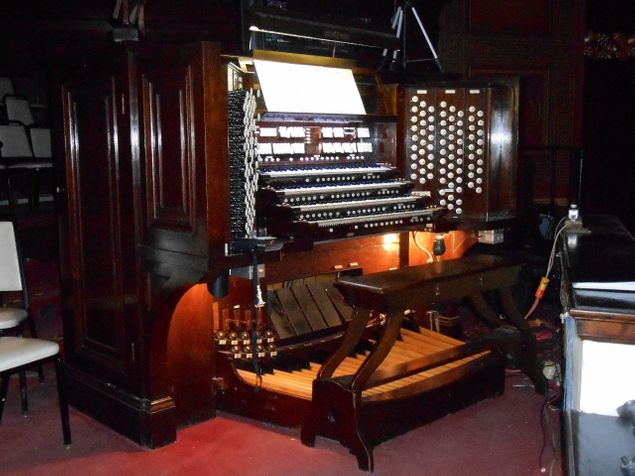 Back in 2015, at a major event in Saint Louis, Missouri, a certain organist performed two of his own original compositions on a historic pipe organ of 143 speaking stops [See menu bar, Photos 3], one piece serving as a prelude, and the other serving as a postlude.These two pieces [See Free Stuff, Diapason Movement Op. 8, Recessional in D Major Op. 2] were part of a collection the contents of which had never been performed in public up until then.No one attending this event even knew it.There wasn't a single comment offered to the performer, and the event is nothing more than a vague memory today.The only palpable effect seemed to be a renewed sense of enthusiasm for the organization among those who attended.He took this as a compliment.Do your job, do it well, and nothing is said, but the enthusiasm it instills in people who observe or listen to what we're doing, and how we're doing it, is what counts.When we sense or find evidence of enthusiasm in our listeners afterwards and a continued willingness to make the sacrifices necessary to attend and keep the organization going, we can know that our efforts have reached them [See blog, Fraternal Organ Playing, Part X].Enthusiam speaks ... and tells us we've done our job.