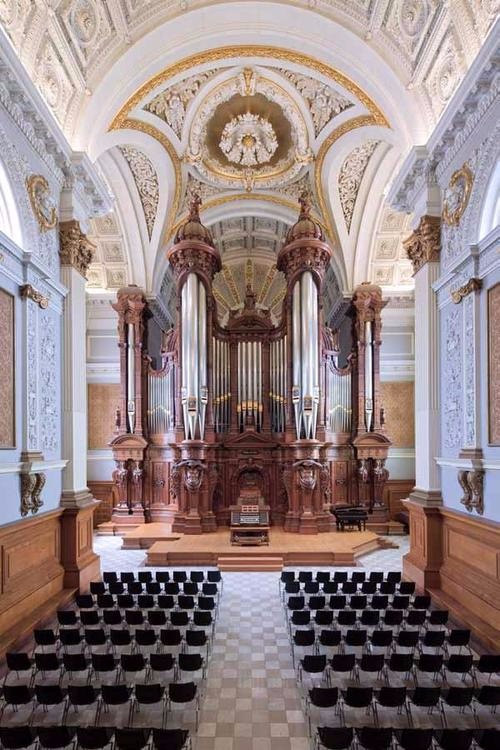 "In my eyes and ears the organ is still the King of Instruments." -- Wolfgang Amadeus MozartAsk a violinist which musical instrument reigns supreme in the musical hierarchy, and they're apt to tell you the violin.Ask a pianist, and they're apt to tell you the piano.The holders of these opinions are each very insistent about them.Now, to be fair, it could be argued that the string section leads the orchestra and the violin leads the string section; and it's certainly true that the piano is the largest and most versatile musical instrument in the world, second only to the pipe organ.This is not to disparage either instrument; quite the contrary, the violin is the Soul of the modern symphony orchestra and the piano is the Queen of Instruments.Back in the late 18th century however an Austrian violinist and pianist named Mozart is the first known musician of acclaim to officially apply the term "King of Instruments" to the pipe organ.Since his time, countless other musicians have done so, as well (photo shows the great organ of the Methuen Memorial Hall, Methuen, Massachusetts, one of the finest concert organs having one of the most beautifully carved wooden organ cases in the entire world).Looking at the instrument in this photo, with all its variety of timbres, dynamics, nuances, a range that exceeds an entire symphony orchestra, and hearing it in recordings or in person, you get the sense, as Mozart would have, that you're not looking at a violin or a piano.You're looking at a different animal altogether, one that dwarfs all others in terms of size, volume, tonal spread, and sheer, thrilling power ... one that sounds and works like no other animal in the musical world ... one that can whisper a barely audible phrase one moment and shake the entire building the next ... one that translates the whole range of human emotion and sensitivity at the touch of a key ... the only such animal in the land of musical sound that can make these claims.And you get the feeling that Mozart's senses were spot on.