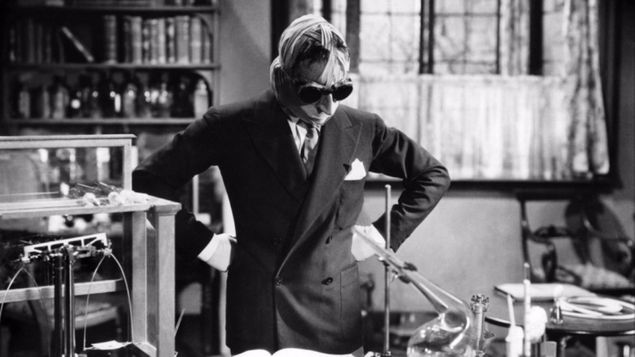 When the worship center, institution, or organization has an organist and we try to contact them, occasionally we'll find that there's no organist listed on the organization's web site, and their name is left off published materials listing the staff or officers.It's as if the organist is there, and not there.When we hear the organist play, sometimes they're up in a balcony, sometimes stuffed in a corner, sometimes even in the next room (seriously, it happens) where they're behind a curtain and completely out of view, so nobody actually sees them; it's as if they're invisible (photo).In addition, the organist is often uninformed about decisions that have been made; this isn't done maliciously, it's just that the prevailing leadership is used to pretty much leaving the musician(s) out of their calculations.Philosophically, we're different people; musicians probably have spent thousands of hours in practice rooms learning their music (and they continue to do that), they value music that most people don't listen to with any regularity, they have their own vocabulary, and a very different way of looking at things; the chances of feeling cut off from the rest of humankind multiply!If you're a pastor, worship leader, or presiding officer of an organization, talk to your musicians; if you're an organist, try to develop bonds with them; if the rest of the staff or line feels like the musician gives them extra effort to help them out and support their projects they're more likely to back up the musician when needed; it's about simple human relations, and it helps make the organist, the instrument, and the music they play, more visible.If you're around children, you're in a position to recruit the next generation of organists, and children are always capable of being readily seen and noticed.When a young child comes up and shyly watches you playing your postlude, do you invite him to try to push down a few keys when you're finished, or do you just close up shop? ...Do you pull out the trumpet stop and tell him to press down the lowest pedal key and hold it? ...Do you tell him to try out the swell pedal and watch as the shades open and close? ...When you ask him if he wants to run his fingers over the keys and instead he plays the first few notes of some little piano piece he's tried to work on to hear what it sounds like, do you immediately chide him for playing secular music in a worship space or do you ask God to understand that it's one of His little ones excitedly trying out the "big piano" in church? ...It's all part of the way back to visibility; to keep the organist, the instrument, and its music visible today is to keep the art of organ playing healthy and well tomorrow.There's got to be a way back.And there is.