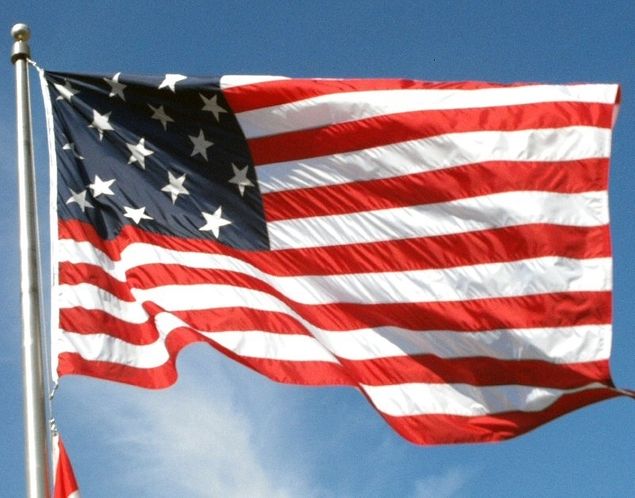 Probably the first piece of patriotic music an organist should learn and be ready to perform at a moment's notice is the national anthem of their respective country, e.g., "The Star Spangled Banner" (photo) in the case of the United States, "O Canada" in the case of Canada, etc.In addition, something else an organist should goal out to do, if they haven't already done so, is to learn and be able to perform the songs of the armed services of their respective country and be prepared, if called upon, to play them either individually or in a medley in proper order as specified for public performance by Defense Department protocol.In the case of the United States, these (5) songs, in their correct order, are as follows:Army -- Army HymnMarine Corps -- Marine's HymnNavy -- Anchors, Aweigh!Air Force -- Air Force HymnCoast Guard -- Semper ParatusThose veterans, when they hear the song of their branch of military service being publicly performed, will typically stand, and should be asked to do so, that their military service may be acknowledged, credited, and honored with other men and women who served and wore the uniform.In addition, it's highly recommended for the American organist to also learn the following (5) hymns:The Navy Hymn -- Eternal Father, Strong To SaveThe National Hymn -- God Of Our FathersThaxted/Jupiter -- I Vow To Thee, My CountryAmerica -- My Country "Tis Of TheeAmerica The BeautifulThese lists, of course, do not include everything from the patriotic repertoire that are desirable for an American organist to know, but it provides the player with a very solid nucleus of ready material that can be used as a good bouncing off point for learning more.A further word about the Star Spangled Banner ...The photo shows what Francis Scott Key saw flying over the ramparts of Fort McHenry on the morning of September 14, 1814, which inspired the writing of his poem which was later set to music, and adopted much later as the national anthem of the United States by resolution of Congress signed by President Hoover in 1931.There are many ways to serve your country and thank its veterans; you may have registered for military service as a younger person, passed the required physical exam, and still, through no fault of your own or lack of initiative on your part, were never called up for service; you may be, as a result, ineligible today to join any of the veterans organizations, though you wish you could.But there are still some things you can do:You can still fly or post the flag of your country on your property, at home and at work.You can still set the right example when the national anthem is performed, face the flag, and sing it with your hand over your heart (or at military salute, if attired in knightly uniform).And, speaking of setting the right example, if you play an organ, you can use that instrument to lead our national anthem in a way that makes it singable and brings out the meaning of its words; the military bands of the armed forces of the United States are the best models here.If you're an American, there's no reason at all not to sing The Star Spangled Banner at sporting events, on national holidays, and on other patriotic and civic occasions ... UNLESS ... it's going to be jazzed up, screwed up, and distorted beyond recognition, as it sometimes is.It's no wonder that so many American citizens seem to be oblivious to it, ignore it, are non-participants, and don't even listen to it when its performed when it's the most butchered piece of music in Western civilization; it's been bludgeoned by performers in every conceivable manner, squeezed in every musical juicer known to man, and the leftover pulp forced through every musical keyhole imaginable.Vocalists sometimes use its message of freedom as an excuse for excess, with nothing off limits [See blog, Poetic License]; instead of adapting their way of handling this music to suit its character, some have made it into a vehicle to suit every whim and caprice, changed the tune and words, even screamed the words into a microphone with no attempt to stay on pitch.Some, in their interest to "dress it up" like this with their own embellishments and riffs, even lost their concentration on and forgot the words altogether; this has been known to cause a complete breakdown before a packed stadium of fifty thousand or more people in the audience.When it's performed in public The Star Spangled Banner should be rendered note for note, plain as can be with as little ornamentation as possible, in triple (3/4) time, and in tempo; this is an anthem, not a coloratura aria.You can also use your talent as an organist to play it when the colors are posted at important fraternal events, inspiring everyone present and realizing that it's your own special contribution to help celebrate the red, white, and blue and what it stands for [See blog, Anointed Ministry, Parts I, II]; not everyone can do this either, though they wish they could.It's good advice to work on it until you find your rendition stirring, that you're making it singable, that it brings out the meaning of the words, that it moves you and it stirs the veteran next to you; do this, and you'll know that you've got it right.