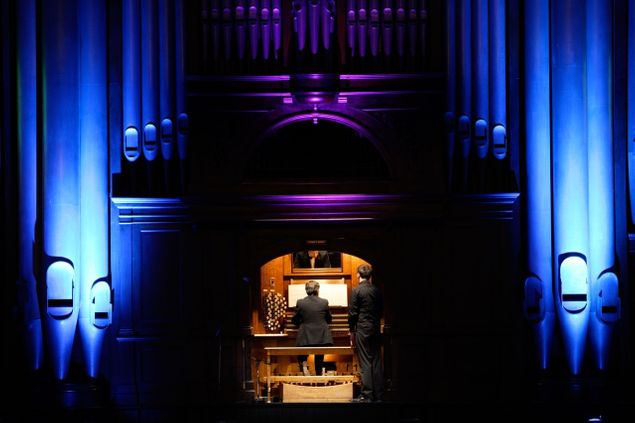 The Wellington Town Hall organ.Imagine sitting down to this, to have all of this power and tonal spread at your command, and you're about to play it in public. You don't know what it will do. You've never played it in public before.Are you scared? You bet. You're scared to death. It's all part of being a pro.Being a pro is an attitude [See blog, Dunning-Kruger Effect].An amateur believes he must first overcome his fear, then he can do his work; a pro knows that fear can never be overcome, that there's no such thing as a dread-free artist or a fearless warrior.It's one thing to study war and quite another to live the warrior's life; a warrior acts in the face of fear.A pro therefore, is still scared; he may be terrified, but he still forces himself forward in spite of his fear; he makes up his mind to do his work no matter what.A pro knows that once he starts working, once the action gets going, once he starts to move about the arena, his fear will recede and he'll be okay.Faith and the belief that one's work is part of an anointed ministry could play a big part and have much to do with controlling this or any other fear [See blog, An Anointed Ministry, Parts I-II].