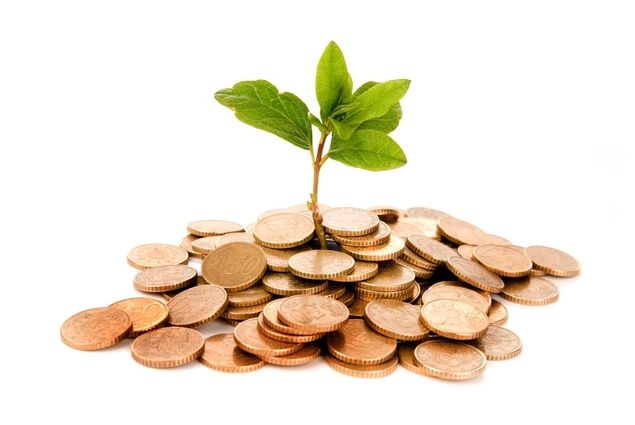 (con't from Part I)It doesn't take a lottery-like windfall of funds to rebuild a pipe organ; an estimated 85% of funds to rebuild existing pipe organs or purchase new ones come from smaller donations.Some of the strongest supporters of ongoing rebuild projects are in fact members on fixed incomes.Seed money (photo) refers to money invested by motivated people who have some connection to or interest in a new enterprise, such as an organ rebuild.Typically, they donate a small part of their financial selves to some worthwhile project like this so that it has enough funds to sustain itself for a period of development until it reaches a state where it's able to continue funding itself, or has created something in value so that it's worthy of future rounds of funding.Seed money therefore isn't necessarily a large amount of money; individual contributions can be relatively modest, but, if enough people participate, their collective financial voice can make the difference between something happening and something never happening.In terms of raising the money needed to rebuild, maintain, and keep a wonderful, old pipe organ fully playable, the necessary seed money can be raised in a number of ways:1) By implementing the Adopt-A-Pipe program, pipes of various sizes, pitches, and tonalities are matched with various levels of giving; each and every donor "adopts" some individual pipe in the instrument for themselves, which provides them with a sense of ownership in what happens.The Adopt-A-Pipe tactic also provides donors with adoption certificates for their chosen pipe and regular reports on the progress of their pipe during the rebuilding project.The complete rebuilding of many fine, large, historic instruments has been funded this way, with the work done progressively in stages, one division at a time, using this method of fund raising.2) Another effective means for supplementing these funds is to hold free benefit concerts/recitals once a month, performed either by one or more of the regular staff organists or perhaps an acclaimed guest organist, with a free will offering taken up at the event for the benefit of the pipe organ restoration fund.Organists usually welcome such opportunities and are typically very generous with their time and talents this way when they know it benefits the rebuilding of an important instrument; they know that their own executive abilities will be on full display all the while they're showcasing the music, that it would test their technique with repertoire, and that it provides them with a chance to demonstrate what they and the instrument can really do; this might even spark some interest among the members of the audience in learning to play the instrument.If the instrument to be rebuilt is partially playable, and those portions which are still playable can meet the requirements of the music on the program, then this is to be preferred.If, on the other hand, the instrument is mostly or fully unplayable, then a sophisticated digital electronic instrument with or without pedals (or a second smaller pipe organ, if available in the same room), may be substituted, subject to the needs of the organist and the music selected, until such time as the more critical divisions of the main instrument can be rendered playable again.The success of an event like this, as with all events, will depend upon how well it's advertised beforehand in terms of timing and outreach; this can be done via meetings, bulletin boards, regular mail announcements, emails, social media, local newspapers, subscripted magazines, and other publications, the point being that, over time, financial donations like this will accumulate.3) Another facet of the solution is to contact large local corporations and smaller businesses who might be willing to donate generously to this worthy project or perhaps match whatever monies are collected at one of these benefit concerts.Matching donations to help fund the arts provides local corporations and businesses with more than a tax write-off ... it tells the people in the community who their friends are, and the good will it generates speaks well of those businesses, a benefit which pays dividends to them each and every time the voice of the rebuilt instrument is heard, since it becomes a powerful part of the organization's outreach to the community.4) The membership can also be asked to help dismantle their pipe organ carefully under the direction of the organ builder such that it can be shipped out for rebuilding.Some organizations never imagined that dozens of volunteers would respond to an appeal like this, mobilize themselves, and labor nonstop until the job was done, thus saving a significant expense.So we see there are ways like this to raise the seed money and reduce expenses involved in a rebuild of a fine, old instrument.All that's necessary is the will to do it and someone who can be counted on to coordinate and overcome the inertia of apathy and indifference to develop a plan, get a team together to work that plan, make it happen, and push it to happen.Whoever takes the initiative to apply their shoulder to the wheel and pushes this to happen will be like the key in the ignition of a Mack truck.