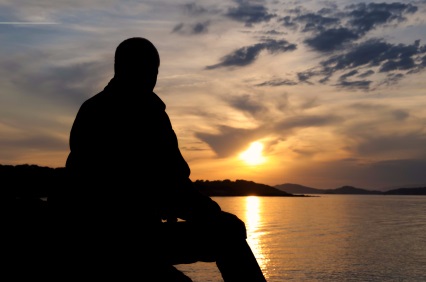 Many societies which compose Western civilization today, due to advances in technology (cell phones, wireless internet, texting, tweeting, social media, etc.), are composed of the most communication glutted people in history.And along with that technology comes a litany of interruptions which pull people away from what they're trying to do.When we consider the 50 years of white hot creativity produced by this enormous man, J.S. Bach, and that he had 10 children who survived to adulthood, he almost certainly disappeared from home and worked by himself at his desk in the school while he was writing his music and only later gave it to his wife and oldest children to help him make copies for his instrumentalists; he would have had to, to keep from being interrupted.In he were alive in this day and age, to create the same enormous output, he would have to be living up in the mountains somewhere, miles from nowhere, if not in a cave!Well, almost.The point is this ... if you can say you had 4 hours of uninterrupted sleep last night without a helpless child getting out of bed, scooting into your bedroom, grabbing your foot in the middle of a sound sleep and startling you awake so you can take him to the bathroom ...If you ate a hot meal for dinner tonight, uninterrupted, without having to take someone to the bathroom four times to perform the nastiest duty imaginable before you could get your meal down, and if you managed to keep that meal down afterwards ...If you had 5 minutes today, uninterrupted, that you could devote to practicing the musical instrument you love without having to tend to someone else's needs ...Then maybe it's time to give thanks, that your life is where it is {See blog, Interruptions, Parts II-III].What heaven is like isn't difficult to imagine (photo).It's a place where there's no interruptions.(con't in Part II)