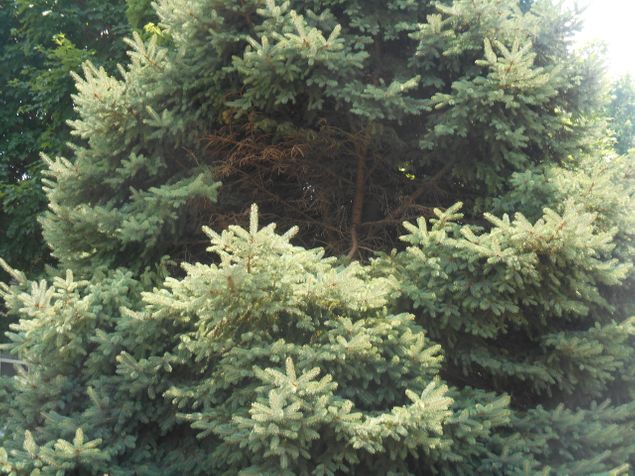 Imagine that you're an organist, and you've suffered a setback.You've discovered, let's say, that your one hand, due to injury, arthritis, or some other cause, just doesn't work the same any more like the other one.And it's making you think that it's the end of the road, that your days of performing at the organ have come to a close, that any further chance of learning to play are over with before they started.Now imagine how wrong you would be, to think that you're worth less because of it, to tell yourself that your work is finished, and to just give up.It took many years for this evergreen tree (photo) to grow to full size and take its place among all the other beautifully shaped trees in the neighborhood.It seemed perfect until one day, unexpectedly, a storm came along which tore away one of its branches and left it with a permanent hole on one side.It's no longer what it used to be; it's something different now, esthetically changed and undervalued perhaps to the eye, due to this setback.But it offers something most valuable now, because of its difference, that it couldn't offer before.Bird life is building in it now in great numbers, thanks to the open glide path to the center of the tree offered by the missing limb.Because of this difference, its distinction, from the other trees, it offers shelter for more types and numbers of wild birds than any other tree within miles of itself.It's doing something now, that no other tree in sight can do.It's actually more valuable now, in the grand scheme of things, than it was before.Think about it.A setback isn't what it seems; it's a setup for a comeback.