A Place On A Pedestal 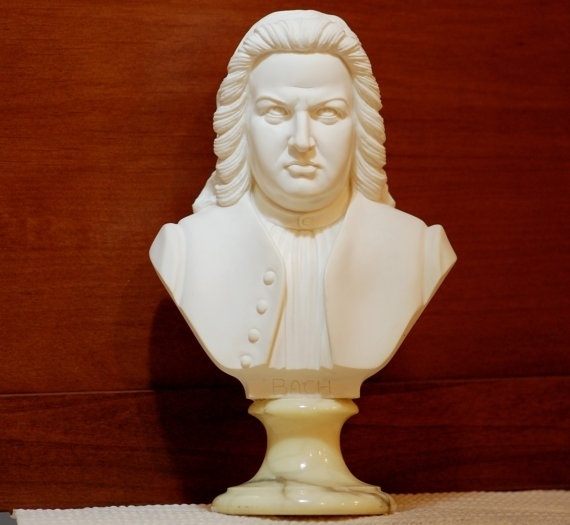 The best models for study or imitation are those in which the composer imposes certain restrictions upon themselves, because these must be overcome.Music composed always in a predictable way, according to every single rule with each and every move it makes, with never an unexpected turn, runs a great risk of being boring [See blog, Do The Unexpected].And yet, somewhat ironically, no composer of eminence ever obtained complete freedom of expression without first subjecting themselves to the challenges of working within the confinement of certain restrictions in construction and the general rules of voice leading and part writing.The restraints on an art are what give it its strength.To ascertain the artistic "strength" of a piece of music, we therefore need to ask ourselves, "Does it seem like the composer is struggling to free themselves from restrictions in this piece, or are they're playfully wriggling their way out of a straight jacket, as Bach demonstrated with such easy mastery?"If the answer is the latter, the composer deserves a place on a pedestal of the finest alabaster or Parian marble (photo).If the answer is the former, a pedestal of clay will do.[NOTE: Bach (as Leonard Bernstein rightly pointed out) is a colossal syllable, one which makes composers tremble, brings performers to their knees, beautifies the Bach-lover, and apparently bores the daylights out of everyone else. J.S. Bach was no lightweight [See blog, He's Got You]. His children, who were well acquainted with his output as a composer, came to expect nothing from him except masterpieces. At the organ he could improvise, sometimes for hours, upon the same theme. His contemporaries were also well trained musicians. Many were very competent composers, performers, and improvisors. But in a side by side with him he'd leave them in a puddle. If all the great music of the world ever written were lost, except for his, music would still survive. A comprehensive genius, gone for the last 266 years. But not forgotten].