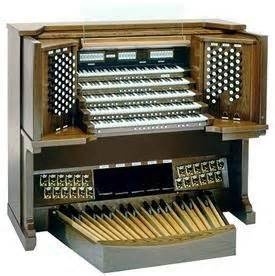 If you're astronomer Carl Sagan, you're used to working with "billions and billions." Of stars and galaxies, that is. While he claimed he never said it and it was ascribed to him by the media, the phrase itself became his trademark.For the rest of us, a billion is still hard to comprehend. Its riding the fence rail where size begins to get vague.A billion dollar bills each 6-1/8 inches long stretched end to end would reach 96,740 miles, far enough to encircle the earth nearly 4 times.A billion seconds ago takes us 31 years, 8-1/4 months back to 1986 when Ronald Reagan was President.A billion minutes ago leads back 1,901 years to 116 A.D. when Trajan was Caesar.A billion hours ago wooly mammoths were walking the earth in great herds 114,000 years into the dim past.A trillion, think of it, is a thousand times that.Imagine you're seated at a pipe organ console with over 80 stops in front of you, and you want to know how many ways you can combine them.Fully shaking and studying the tree of possibilities here would be quite impossible.Assuming you had 84 stops and only one combo in a million sounded good enough to use, you still have over 2 pentillion (2 X 10 to the 18th power ... 2 billion billion) of them to use!The combination action storage capacity of all the organs ever built couldn't contain them all.Working 24 hours a day, 7 seven days a week, even when clocked at the ridiculously fast pace of one per second, it would take over a thousand trillion human lifetimes ( 1 lifetime = 70 yrs.) ... over 5 billion years ... longer than the solar system is old ... just to listen to them all [ See blog, Calculating Stop Combinations, Part III ].Astounding. Mind boggling. But true.No other musical instrument on the face of the earth works like this.