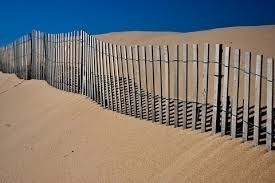 To be considered a musician these days by the general public, the common perception is, proficiency at performing repertoire seems to be all that's necessary.In times past however, this was not so. Expectations were different.In those days the boundary lines which fenced off a musician's expertise took in performing of repertoire, writing (composing), and improvising, all three.If you were an organist, it was taken for granted that you could perform written works, write them yourself, and create music on the spot, in real time, from any given theme, hymn tune, general mood, or poetic idea.The interesting thing is, those today who perform their own dramatic, extended song arrangements of popular music or movie themes are actually doing more than performing.They're using their own imaginative skill to bring something completely new into existence; it amounts to a memorized improvisation of their own on someone else's theme or song.And if those same arrangements are committed to paper or electronic storage, as they sometimes are, we have a written composition.While public perception may have changed, those same old fences of centuries past really haven't been moved in.They're still standing where they always have, on the property line encircling the landscape in the land of musical sound where the organist can claim his or her birthright as a musician ... performer, composer, and improviser.