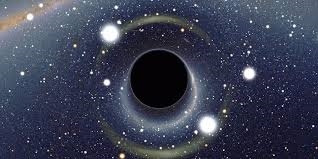 Every astronomer who searches the sky, every hunter who scans and combs the landscape, every miner who explores under the earth, every fisherman who trolls the seas, every person who feels their way through a creative art, eventually bumps into something big.And so it is, when we make the discovery of J.S. Bach.With certain other composers, after we've studied one work of theirs, we've essentially learned them all.Not with him.With him, once we've learned to perform one of his works, we know only one, and what's left of his music for us to learn about represents the product of some 50 consecutive years of white hot creativity ... from the time he first began composing around the age of 15 (1700) until his death in 1750 [See blog, A Place On A Pedestal].Once you discover this man and you get close enough to feel the influence of his comprehensive genius, the tug of his almost superhuman invention, and come under the spell of his enormous compositional output and sheer mastery of counterpoint, he's got you as if a super massive black hole were tugging at you.No one who gets close enough to his music ever escapes the enormous gravitational pull of Bach.We can be a person who simply doesn't "get" classical music; we can be someone who never listened to Wagner from the womb, was never raised on Rachmaninoff, and Haydn wasn't their home-boy; we may start out not even knowing HOW to listen to music, to not even know what to listen for.But when we listen to Bach, it's a different story; we're captivated by what we hear. Bach is as much with us today as Shakespeare, Newton, Michelangelo, Einstein, or any of the giants of the past, and he will always be with us for much the same reason as the Bible is with us and will always be with us; he's a ground and an anchor in an ever-shifting world, as fundamental as Newtonian physics, superceded by but forming the basis of all subsequent progress in his domain.A genius as big as his eludes explanation as to how he was able to construct his musical world, and this vast world of his, while not always speaking our mental language, nevertheless rises to a level of insight and meaning that awes, and which has very few peers, and no palpable superiors, in the creative arts.