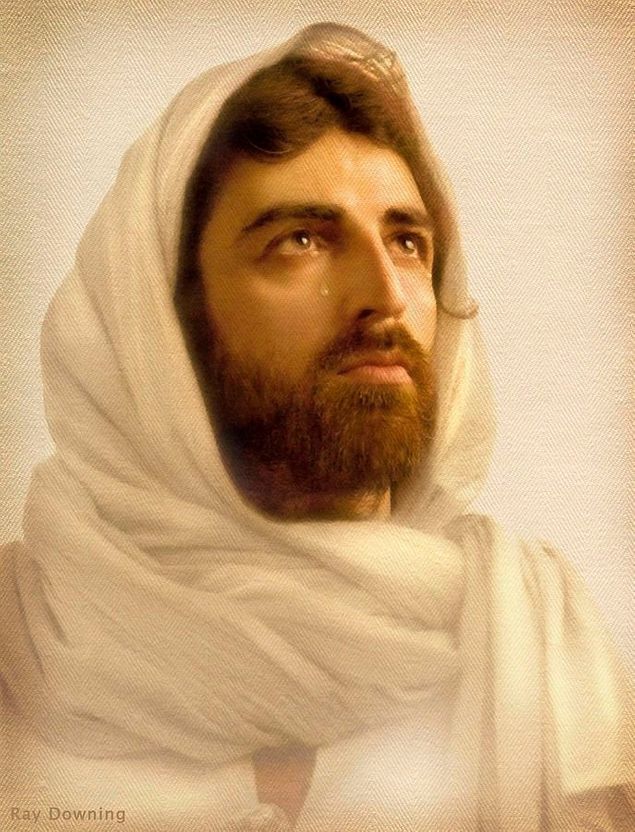 According to Ray Downing and his team of researchers, this is the face of the Man in the Shroud of Turin.This Man, before He died, suffered a tremendous beating with an instrument shaped like a Roman flagellum, had deep puncture marks in His scalp, bled severely, was made to carry a cross beam, and was crucified.He was nailed through both wrists.A third nail was driven through both His feet with them stacked, the right foot on top of the left.He also bled from a deep puncture wound in his right rib cage near the heart.He died in an upright position with His arms outstretched on a 60 degree angle with the horizontal.His had to be a gruesome, horrendous, agonizing death.If you could teach yourself to play the tune of just one hymn in memory of this Man -- even if you had to drum it out the best way you could with just one finger of yours -- would you try? ...