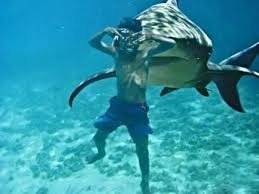 It helps to pay attention to the environment (photo).The tempo, or speed at which we perform the organ, changes with and depends upon the characteristics of the surroundings in which the instrument is installed and how it breathes in its own acoustical environment.Most new organists moving to the organ from the piano are well aware that they cannot play the former like they do the latter; the more common observation to be made is that they're only playing the instrument according to how they're hearing the music in their head, and they're not playing the building.The same work practiced at home at an extremely brisk tempo typically needs to be slowed down a bit when performed in a vast stone building with extremely wet acoustics; the touch may also need to be a bit more detached to gain the desired degree of clarity and prevent notes and chords from smearing together.In a building with very dry acoustics, on the other hand, detached notes and chords may need to be held a bit longer than what's indicated on the page, the tempo usually can be stepped up, and an acoustical release of big, final chords also may be found advantageous [See blog, Acoustical Release].