One Can Only Be In Awe 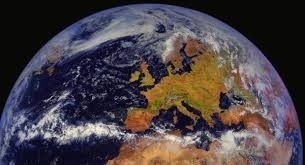 Take a guess.You think maybe a thousand.Let's get real.It's not even a hundred thousand.A million doesn't even come close.A billion you say. Not quite.So you think maybe a trillion. Nope.Ten trillion. Guess again.A hundred trillion. A mere bagatelle.Even a quadrillion doesn't begin to scratch the surface.We're talking here about a number so big that, for all intents and purposes, it's beyond comprehension [ See blog, Calculating Stop Combinations, Parts I, II, III ].We're talking about an astronomical number 300 times the mass of the Earth measured in tons, something in excess of 2 X 10 to the 24th power.Think if you could measure the radius of the Milky Way galaxy (50,000 light years) in hundredths of an inch.IT'S LARGER THAN THAT !That's how many possible stop combinations there are in a pipe organ supplied with just 84 stops.Let's say only one combination in a million (0.0001%) among all these possibilities sounded good enough to be used.If you sampled only these good sounding combos at one per second, 24 hours a day without pause, it would take you a thousand trillion 70-year human lifetimes to go through them all.It looks like you won't have time.Neither will I.No other musical instrument in creation works like this.One can only be in awe.