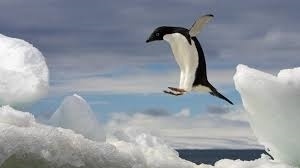 Despite what many have led themselves to believe, there's nothing particularly attractive about playing everything to be improvised in the key of C Major.About all we can say about this key is that there are no accidentals to observe in the key signature, thus, all the notes in the C major scale are controlled by white keys on the keyboard.All white keys, all in a neat, even row. Seems very simple.The human brain however, is very good at recognizing patterns, and it's the pattern the notes of the scale make that's more important to focus upon than the color of the keys.This doesn't make C Major a bad key necessarily, but in terms of major keys there are 11 other regions of musical space in which your theme could find equivalent room.Thus, if anything, you'd want to avoid C Major as your tried and true, one size fits all, master-of-all-work, universal key center for everything you try to improvise, and to jump around from key to key, so that note patterns are thoroughly learned rather than just the color of the keys.What's far more important to know, when you're a denizen of the Antarctic trying to get somewhere, are the patterns among the floating cakes of ice, not their color.It's the same way with tonic keys, when you're improvising.Which is why it's better to jump around.