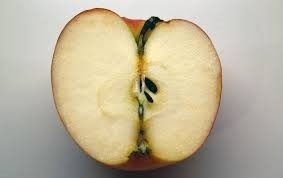 What you can find inside one apple can produce another apple and, from there, a whole lot more.Similarly, one of the inner voices from the harmonization in one piece you're writing, by means of rhythmic transformation (same pitches in same order, with different note values), produces another theme, which may suggest another complete work.The subject worked fugally in the G Major Op. 7 Voluntary, for example, whose entrance is preceded by a slow, 12 bar introduction, is derived from the same tenor line that was used to create an imitative passage in another work (Op. 8 Diapason Movement).In an historical manner reminiscent of works of the same name written by the old English masters, this G Major Op. 7 Voluntary was conceived as a brief 4 voice piece subjected to fugal procedure preceded by an even shorter introductory passage employing imitations; as such, it can be termed a "fughetta," which simply means a short, simplified fugue.It was determined, following models of the old English masters, that this piece would be deliberately curtailed with excursions into only the 2 most nearly related major keys, i.e., D Major (dominant) and C Major (subdominant), with virtually no episodic material.Throughout history there have been some very interesting and tuneful Voluntaries composed on this scale by many early English composers.Some of the examples of this type of piece that have come down to us are very fine.Some of them are a little bland but still musical.Some of them, let's face it, are awful.The challenge here was settling upon where to introduce a little of the unexpected without upsetting the musical apple cart or making the music sound outdated and cliche.The introduction begins one voice at a time with imitations and builds to 4 voices in pyramidal form, beginning with the bass line.In typical fashion for these kinds of pieces, this introductory passage ends on a half cadence with a held dominant chord, which creates an impression of incompleteness and something to follow.We might consider presenting the fugue subject at a contrasting, brisk tempo in a 4 voice exposition, switching the "unit of value" from 8th-notes in the introduction to 16th-notes in the fugue (the "unit of value" is the shortest note value which recurs most frequently in the piece).In the exposition of this fugue the subject, which is only 3 bars long, enters first in the alto on the 1st scale degree and is therefore supplied with a real answer, in the bass on the 5th scale degree (as expected).A short passage of 3 bars follows which brings about a smooth return to the home key, at which time the subject makes its 3rd entry in the soprano as the bass takes the 1st countersubject and the alto the 2nd countersubject, all as expected.The 4th entry of the subject is in the tenor with the soprano taking the 1st countersubject, the bass taking the 2nd countersubject, and a free voice assigned to the alto to complete a 4 part texture, again, all as expected.Here the 1st countersubject assigned to the top line is tweaked to keep it within the range of the soprano voice but with its rhythm and outline preserved to keep it recognizable to the ear [See blog, Tweaking].This is followed by a short transitional passage of 2 bars which makes use of a sequential motif of quick notes in the soprano line which modulates to the subdominant key (C).At this point the formal rigor is relaxed as the subject enters in the tenor voice; curiously, the countersubjects are absent here and replaced with 3 additional free counterpoints.After this plays out the 2 upper voices (soprano and alto) exchange places, and the 2 lower voices (tenor and bass) exchange places; the subject enters in the bass as the other 3 free counterpoints move with it, still in the subdominant key (C Major).During this passage both countersubjects are abandoned for the time being.The music then modulates quickly back to the home key where the subject reenters, once again, in the bass along with the addition of stops, still in 4 voice texture, still without the countersubjects both of which are being held in reserve for the next and final entry.The subject in the bass is treated here with a chromatic inflection and harmonized accordingly to introduce a little more of the unexpected.This is immediately followed by a reentry of the subject once again in the home key, this time in the tenor line where both countersubjects reenter with it, in triple counterpoint; the 1st countersubject is carried in the soprano and the 2nd countersubject in the bass, with a 4th free voice carried in the alto line.A 4 measure coda follows, based upon the melodic contour of the 2nd countersubject, lingering briefly on a held dissonant chord under a fermata just before resolving, which then rounds out the piece.It's very effective here to emphasize this dissonance as the tempo drastically slows down, to sit on this chord for a brief moment and let it squirm before it resolves, adding maybe a Pedal note with a 32-foot stop to give a final burst of power to the final chord.It's good for the listener to hear that tension, then the release.We recall that J.S. Bach used that same idea but in a different way in the opening fanfare of his "great" d minor Toccata and Fugue [See blog, Bach d minor, Part V].What's noteworthy about this little Voluntary is that it presents the Fugue subject briefly in a passage with 3 other free voices accompanied by neither countersubject; the mere idea to have 2 consecutive entries follow each other in the same (subdominant) key without an intervening episode like this, in which both countersubjects disappear and are then reintroduced with the subject one at a time in the following 2 entries (in the home key) before the piece ends, is what's novel about it.As with apples, there's probably far more to our own music writing than what the outside skin might indicate.There are discoveries to be made inside it.Some of these discoveries, like a seed, will contain an invisible instruction on what to become.