What About Music Theory, Part II 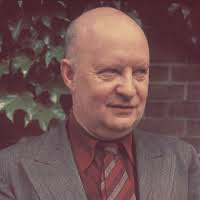 This author has found the pedagogical writings of the 20th century German composer Paul Hindemith (1895-1963) to be a helpful supplement to the theoretical and practical books of Dr. Ebenezer Prout [See blog, What About Music Theory, Part I].

Paul Hindemith (photo) was no organ music specialist.  Despite, or perhaps precisely because of, this, he created a body of work that's become an integral part of 20th century organ literature and is nowadays, after a long period of reserve on the part of many organist's, becoming more popular.  As a musician, he was an all-rounder.  His music belongs to the great German tradition of J.S. Bach and Reger, but the stylistic elements that make his music unmistakable are a mastery of counterpoint, clarity of form, an original and transparent structuring of thematic material, and an interest in the individual characteristics and demands of instruments that's both questing and open to experiment.  He approached the organ not as a specialist but with the wealth of experience he accumulated as a composer with an overall plan.  He didn't limit his writing for the organ to its naturally polyphonic character but instead approached it with the same openness and curiosity that he brought to every other instrument.

Most of Hindemith's organ music employs a unique and curious system that's tonal in its approach but non-diatonic.  Like most tonal music, it's centered on a tonic key and modulates from key to key, but it uses all 12 semitones in the octave freely rather than relying on a scale picked as a subset of these notes.  One of the principal features of his thinking was that he felt that the conventional theory of harmony with its basis of superposition of 3rds as the principle upon which chords are to be constructed, with its resulting triads of all species, appears too narrow a system for the determination and construction of all chords.  He felt this had music caught in a net in which the warp and woof were scales with their inelastic tonal functions and chords with their inversions, citing the fact that many chords, such as those built upon the stacking of 4ths, cannot be inverted according to the rules of conventional harmony, as no one could say what root tone they are to be related (plus they would lose their character and sense when so inverted).

Hindemith therefore ranked all musical intervals of the 12-note equally tempered scale from the most consonant to the most dissonant. classifying chords into 6 categories based upon how dissonant they were, whether or not they contained a tritone, and whether or not they clearly suggested a root, or tonal center.  He also strove for creating melodies that do not clearly outline major or minor triads.  Much of his music begins in consonant territory, progresses rather smoothly into dissonance, and resolves at the end into full, consonant chords.  Unlike some of Louis Vierne's later organ works, for example, in which a dash of tonal ambiguity is sometimes introduced into a definite tonal plan so that, in certain passages, the music hints as if the tonal fences are shaky but still standing, in Hindemith's work we find tonal ambiguity prevailing amid an ever present sense of tonality that's at times as elusive to the listener as invisible ink.

In the late 1930's Hindemith wrote a theoretical book The Craft of Musical Composition, Vol I (1937) which lays out this system in great detail.  He also advocated this system as a means of understanding and analyzing the harmonic structure of other music, claiming that it has a broader reach than the traditional Roman numeral approach to chords (which is strongly tied to the diatonic scales).  Four years later his The Craft of Musical Composition, Vol. II (1941) appeared.  Two additional volumes, A Concentrated Course in Traditional Harmony, Books I and II, were published in 1968 and 1964, respectively.  His Elementary Training for Musicians (1946) is also still in print.  The Craft of Musical Composition, Vol. III  was published in 1970, but this book is only available in the original German.