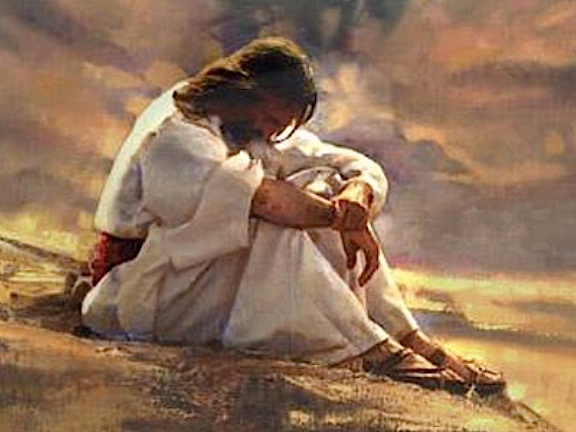 The hour was near.Christ and the Twelve gathered in the upper room to eat the Passover meal only hours away from His illegal kangoroo trial, His unjust beatings from the chief priests and soldiers, His merciless scourging, and His agonizing crowning with thorns and crucifixion.And what did they do after supper before they left for the Mount of Olives?Matthew and Mark tell us:"And when they had sung a hymn [psalm], they went out to the Mount of Olives" (Matt: 26:30, Mark 14:26).What was this hymn? ... and what was its significance? ...The hymn was Psalm 118, the last hymn of the great Hallel, which is the series of psalms 113-118 sung during the traditional Passover meal.The Jewish Talmud, a collection of rabbinical teachings about Jewish life and customs written shortly after the first century, states that during the Passover meal 4 cups of wine would be drunk, and the singing of the Hallel would begin after the second cup, with Psalm 113 being the first hymn sung followed by Psalm 114.After the fourth and final cup of wine had been drunk the remaining psalms of the Hallel ... 115, 116, 117, 118 ... were then sung.It is the last of the psalms (118) to which Matthew and Mark refer.All Christian scholars who had studied this matter over the centuries ... numerous men of the Westminster Assembly, John Owen, Matthew Henry, Jonathan Edwards, David Brown, Alexander Hodge, John Broadus of Southern Seminary, to name but a few ... are agreed that Psalm 118 is the hymn of these passages.So well known is this fact within the traditions of the Free Church of Scotland that at every Communion the singing of Psalm 118 takes place while Christians are gathering at the Lord's Table.When we read the words of Psalm 118 it's remarkable, almost unfathomable, that these great words were penned 900 years before they were sung by Christ and fulfilled by Him a few mere hours later.The most striking aspects of this psalm are its numerous verses which relate directly to what Christ was about to experience.He knew full well what lay ahead of Him as He left the upper room with His disciples.As He united His voice with them in this final hymn of the Hallel, there can be no doubt that the words would have provided Him with strength.Faith comes by hearing [Rom. 10:17]; something a person hears causes their faith to rise [See blog, An Anointed Ministry, Part I].Think about it.We know He did.(con't in Part II)