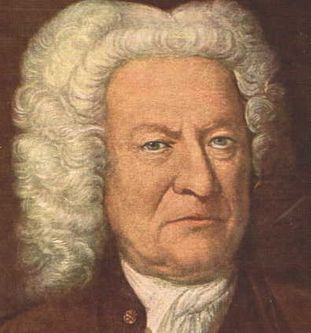 Every profession, every school of art and interpretation, has a mandatory benchmark, or two, or three.  The preeminent benchmark from the Baroque era of organ composition is the Bach Toccata and Fugue in d minor BWV 565.  Even so, some organists have made a vow never ever to learn or perform this work.  They cringe and roll their eyes every time they hear the opening fanfare.  They admit to disliking it as pure music just as much as disliking its overuse and association with Halloween "vampiric" Hollywood horror films, a usage born solely out of ignorance.  For them, this "Dracula toccata" is repulsive and to be avoided at all costs.  Some within this group who would love to play this music in some old church in Nowhereland do not even give credit to JSB for composing it [See Bach d minor, Part II}.  They complain of being fed up with it being overplayed and not played well and, for them, understandably, this is a big let down.  They cite the fact that this music, in so many venues both in recitals and on YouTube, has been assaulted and botched in every conceivable way known to the Western world.  To them this work is cliche, the sole organ piece that the average man or woman on the streets will always use to relate to the organ.

The long and short of it is, every organist has one hymn they hate and/or one piece from the repertoire they absolutely detest.  For many in this group, this work is it.

Another group of organists are indifferent toward it and simply tired of it.  They don't admit to hating it, but they do tend to avoid it when possible.  They claim to be as weary of it as they are of the Widor 5 Toccata, and they're eager to move on and leave these two pieces behind despite the fact that both works are considered so much a part of the standard repertoire that many colleges and conservatories of music expect their undergraduate organ majors to have these two pieces carefully prepared before graduation.

A third group of organists are willing to learn it and perform it, esteem it to some extent as teaching material, and give it credit to some extent for gently nudging them along their own path to becoming an organist.  While it's definitely not as strong in their minds as other Bach organ works they respect it for its intrinsic worth and for what it can teach.  For them this music is like an old friend and kind of fun to play.

Still another group seem to be madly in love with it.  For some Bachoholics it was hearing this work for the first time that got them hooked on organ playing.  To hear THEM talk, every new organist wanted to play this piece in the beginning.  They tend to deny the fact that organists are all wired differently.  Another fact also remains:  That this music has a a haunting theme of awful, gripping intensity and drama, when it's played with precision and with deliberate intent to give life to that effect, is undeniable.

If it plays the role of a door to which so much of the general public is first introduced to the majesty and beauty of the music of the greatest man of all, then why should this work be ignored and frowned upon by the very musicians who can change their audiences for the better by embracing it?  It's a fair question.  Even more importantly, organists need to learn this Toccata by heart and keep it under their fingers, so that, if asked to demonstrate an instrument, something they're often asked to do, they will have it ready at all times.  One never knows who could be hearing it for the first time, and many young people have decided to take up organ playing after hearing it.

Special considerations are required for Bach playing.  It's very important to recognize and remember that his organ compositions are made up of multiple contrapuntal lines which are heard against each other, simultaneously.  These moving lines require a ministering Art of performance without which they can be spoiled.  Anything which would destroy the distinctness of Bach's moving lines being heard clearly by the listener must be avoided like the plague.

There are 4 means by which the organist can maintain a distinct delivery in Bach playing, which are:  1) choice of stops, 2) use of a tempo that's brisk but not overly fast and suited to the piece and to the stops drawn, 3) correct separation of the piece (using incisions, or breaks, at the right places), and 4) correct touch.  This matter of touch is so important in fact that no less than 5 different blog postings on this web site have been devoted to it (See blog, Touch, Parts I-V).

Johann Sebastian Bach used ALL types of touch in performing his organ music.  He was a devotee of clarity above all and used the best of every school of learning to achieve that end.  This meant that slower moving lines (I.e., quarter notes, eighth notes) were played legato.  Notes of shorter duration in the score (i.e., sixteenth and thirty-second notes), depending upon the tempo, were either kept legato or played imperceivably broken (clean legato) or broken using "ordinary touch" (non-legato).  Big repeated chords would be played with whatever touch he determined was needed to get things clear and articulated in the prevailing acoustical environment.

A noteworthy YouTube recording of this work was made by organist, composer, and recording artist Hans-Andre Stamm at the historic Trost organ of the Evangelical Lutheran City Church (Stadtkirche) in Waltershausen, Germany, an instrument which J.S. Bach himself knew and likely played.  Much can be learned by watching carefully, by means of the outstanding camera work on these videos, how the touch is varied.  ALL types of touch are used, he doesn't always play every voice broken, he doesn't always play every voice legato, he changes manuals, he nuances the tempo, he chooses the stops wisely, and he makes registration changes by hand, at times, during the course of the music, and never in large clumps.  His tempos are brisk, perhaps a little too fast to suit some, and he is not afraid to use the heels on the pedals.  We can steal an education with our eyes and ears just by watching this amazing talent performing this work [See menu bar, Videos, Bach d minor-1].  There are also some outstanding recordings of this work on YouTube in which all types of touch are employed along with free use of the heels and with the silences written into the score prolonged, all with gripping effect.  In this connection the recording made by Mssr. Jean-Pierre Dupont at Saint-Sernin in Toulousse is instructive [See menu bar, Videos, Bach d minor-2].

Restraint must be used in the choice of stops, especially in interpreting the term "organo pleno" (plenum, or full chorus) whenever this term appears or is implied.  When the plenum sound is used for playing Bach, all of the sounding stops and manual to pedal couplers should not be drawn indiscriminately.  Anyone who blindly does so is often at a loss to explain how "organo pleno" can be specified for organ pieces of many different kinds which cannot possibly be played using the same stops.  With the repetition of any high mixture ranks included in the plenum, the moving lines in strict polyphony can sound almost equally high to the ear.  For Bach playing, a transparent manual plenum with tame 16-foot reed tone in the Pedal, either all by itself or supplemented with an 8-foot Flute or Principal stop, works well.  For a larger sound the manuals can be coupled, the main manual can be coupled to the Pedal, and a suboctave reed, if it's very tame and not unduly assertive, can be added, in the main manual to help maintain clarity between voices, retain the identity of each voice in terms of range, and provide gravity.  This is the type of sound Bach had in mind when he composed his larger, non-chorale based, free works for organ.

Low chords in the tenor octave written in close harmony appear frequently in Bach's organ music.  These low chords often sound too thick and muddy with Doubles (suboctave manual stops) drawn, save possiblly for a tame 16-foot reed.  The uppwork supplied to the Pedal is frequently voiced on the strong side to carry a tenor or alto line clearly above the left hand part, if called upon to do so -- but if drawn with the plenum these assertive stops can overlap and blur the clarity of the inner voices (tenor and alto) of a fugue.  This problem becomes most acute when the upperwork on the secondary manuals and the intermanual and manual to Pedal couplers are all drawn at the same time.  If this situation the finest organ fugue can become indistinct and fail in its effect.  The player of Bach, especially when seated at a large instrument, has to be constantly on guard in this respect, not to draw too many stops or couplers at the same time and to keep the Pedal line distinct so the ear can always hear it clearly.  One of the best ways to do this, in a Bach fugue, is to use a tame 16-foot reed in the Pedal supplemented with perhaps covered flute stops at 16-foot and 8-foot pitch.

As the emotional intensity rises toward the middle and end of a Bach work another subtle layer of sound is demanded.  It's SO tempting however, when we're sitting at a large instrument, to start adding many more stops at climactic places for a much grander effect including but not limited to a big reed battery and/or hordes of couplers, but the Bach player has to be willing to sacrifice absolute strength to distinctness at EVERY turn.  Restraint is very difficult in these situations, particularly when the console is electrified and has a combination action that can bring on a greatly enlarged sound at the touch of a single thumb piston.  Modern ears may be accustomed to hearing such grandiose, overwhelming ensembles in other music, but with Bach and his school it can sink the ship in a hurry.

The range of possible tempos at the organ in the days of Bach also were a slight bit narrower than to which modern ears are accustomed.  Bach's habit however, was to play and conduct music with moving notes at fairly brisk, energetic tempos.  It's also important to remember that the organ that Bach knew was not subject to crescendo, diminuendo, or sforzando effects, and in all of his organ fugues there is not a single dynamic indication.  Distinctness therefore will be partially dependent upon making the right separations between contrasting passages and keeping the connections within the same passage smooth.  No performer should attempt to practice Bach's organ compositions without previously dissecting them into principal and secondary passages.