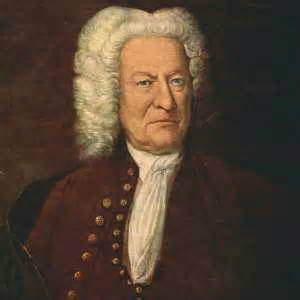 In terms of what it sounded like, the touch Bach the organist employed in passages with the most rapid driving figuration was either imperceivably broken or non-legato.  All of the other types of touch including marcato, staccato, and even legato could be mingled with it in the course of the composition to bring out the best in it.  Nothing in terms of touch therefore was off limits.  It's important to remember that the early organ Bach knew was supplied with unassisted mechanical (tracker) action.  Keys had no pneumatic assist and were directly connected to pull pallets.  This type of action therefore required a certain pressure from the lower arm through the fingers to hold the key down because there was a resistance in those pallets, and additional pressure was required with manuals coupled.  The very first pneumatically assisted actions which lightened key pressure appeared nearly a century after his death, and he was just as unfamiliar with these as he was with electricity, the swell, combination pistons, centrifugal fan blowers, and all other later developments in modern organ building.  The modern piano (and modern piano technique from which present day legato organ technique derives so much of its basis) was also unknown to him.

Much has been said, and much has been taught, about the peculiarities of Bach's method of keyboard touch, which was his own.  He developed it on the clavichord (Klavier), the organist's basic home practice instrument of his day, and transferred this same touch to the mechanical action organ, harpsichord, and, in his last years, to the early fortepiano.  The use of arm weight was the most essential point in Bach's clavichord technique.  The resulting strong sound was due to the firm contact between tangent and string, and its continuous use assured the same tone from attack to release.  The fingers remained suspended in a natural curve above the keys.  Only the first finger which begins the passage was placed in contact with them.  The weight of the lower arm was transferred to this finger upon commencing to play.  The wrists were held at the same height as the bridge of the hand, with the bridge higher than the middle knuckles of the fingers.  This results in a relatively high position of the wrist.  The correct position was recognized by the elongated and almost upright little finger and the angled position of the thumbs on the keys.  Those fingers which follow were not placed on the keys but sprang in at the same time that the preceding finger was drawn back, as if with a "scrubbing" motion, toward the middle of the hand.  Whatever finger was keeping a key down supported the pressure of the lower arm required for holding it down, and this pressure was continued to the following finger.  The first finger holding the key down acted like a spring which would draw back to the center of the hand if the pressure were to diminish.  The first finger used in the passage, in gliding away from the key, resumed its natural position quietly suspended and prepared over the keys until it was wanted again.  The touch was elastic but (and this is very important) very little finger movement compared with modern piano based keyboard technique was visible from the knuckles down, and the rest of the body took no part in it.

Even when playing on the main manual of the organ with all manuals coupled, this touch of Bach's did not look laborious, and its sound on early organs did not indicate exertion.  Many ascribed to him extraordinary finger strength because of this, and certainly, he did execute with ease what to others seemed difficult, but actually he was no stronger in this respect than any other healthy person.  He merely adopted with ability this method of clavichord touch, which was his own, and transferred it to the organ.  What reached the ear in the very fastest figuration passages corresponded to a very clean, very clear, "almost, but not quite" legato.  The remaining moving notes, which represented the majority, came out non-legato.  The distance between any of the moving notes was never wide but just enough to hear it either crisp and clean or with minute audible breaks between them.  It was like playing the violin, where the ear doesn't hear the rests between the notes but the bow is moved up and down, or like playing a wind instrument with tonguing technique, where a silent "tee" is made when the tongue strikes the reed or roof of the mouth causing a slight breach in the air flow through the instrument.  For the slower notes and chords all the other types of touch including legato, staccato, and marcato were employed as he felt necessary.

At the end of the 18th century there was an interesting revolution in articulation happening that caused the articulations used by J.S. Bach and other composers before the Romantic period to go out of vogue.  By the middle of the 19th century substitution and legato had taken over.  In all the German organ methods at the beginning of the 19th century legato also took over.  This was the style of Lemmens, Guilmant, Widor, Vierne, and Dupre.  Many still continue to play Bach this way, quite beautifully in fact, in spite of all the advanced scholarship that exists today.  Many prominent American organists studied with Dupre in Paris and kept teaching substitution in Bach playing when they returned to America, right up until they retired.  This "tradition" was also kept alive in certain instruction manuals, particularly the many editions of the Gleason Method.

Bottom line:  To bring out all the best the music has to offer, what kind of touch(es) do we employ for performing a Bach fugue?  Answer:  ALL of them.  What kind of touch(es) do we employ for performing a modern organ fugue?  Same answer.  ALL of them [See blog, Rope Pull].  We play some notes legato, some imperceiveably broken, some non-legato, some marcato, and some staccato -- 5 different things depending upon the duration of the notes, their rhythmic patterns, whether a note repeats, the way the instrument breathes in its own acoustical environment, and the tempo.  Do we use the heels with the toes when performing Bach pedal passages today?  Yes, absolutely.  Those who disagree with this probably have not seen or heard the masterful YouTube videos of Hans Andre Stamm, Allessandro Licata, and others, performing some of the major organ works of Bach [See menu bar, Videos, Bach d minor T & F, Bach Passacaglia].  The camera work displayed in these videos is extraordinarily good, and the heels are freely employed.  To remain unconvinced about this matter of touch after watching these videos is to be in denial of what can be plainly observed.

Any time that our repeated observations deviate from the theory we prefer to embrace we usually find ourselves laboring under one or more misconceptions, and our theory must either be modified accordingly to get it to fit with our observations or be abandoned altogether.  Such is the nature of human progress in the arts and sciences.