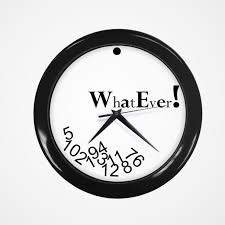 Anyone reading this blog will undoubtedly be acquainted with, or have heard about, or have listened to, or perhaps received instruction from, some highly talented performer(s) at the organ.  But there is this caution (there's so many cautionaries in music), especially if we're studying with a highly respected teacher or coach -- about the perils of constantly comparing where we're at, musically, with someone else around us, with someone else's skills.

There isn't a person alive who doesn't, at some time, indulge in cross comparing, but, all it does is drain us.  It does not benefit us.  We do not grow from it.  We just think, "Well, I should have ... I should have done this ... I should be there ... if I were this, if I were that, if only I were healthier, if only I had been born into a better situation, this wouldn't have happened ... if only I had attended a music college ... if only I had chosen to become a professional organist instead of a _______ ... here's where I'd be, etc., etc., etc."  All those things are drains on real productivity.

If we don't happen to have the kind of time to study or sit down and compose or improvise or practice repertoire or hymn playing like we wish we could because of job or family responsibilities, that's where our life is, but, we need to keep in mind, that there's sainthood involved with that kind of care and attention and love, and we have all the rest of eternity to make up for it.  So, we should never be tough on ourselves in the here and now, and never be impatient with ourselves.  It doesn't make easy our feeling of progress, but, we progress, and everyone's time table is their own.  That's what this clock picture is for (photo).

Someone starting with less will go further in the long run and make more progress in less time knowing how to win against Resistance that someone else who may have every advantage going for them in the beginning, including tons of time, who procrastinate and unknowingly permit Resistance to derail them at every turn.  What's important is knowing about this deadly enemy of creativity, this engine of destruction called Resistance, and how to win our inner creative battles against it [See blog, The Book].  What's important is the struggle.  Fighting our way through to the highest and most complete mastery of our material that we can summon will yield its own rewards [See blog, Initiative, Parts I, II].

Clocks are supposed to be a measurement piece, but people can make them into iron clad fists, then clocks are horrible, and they're cruel.  There's nothing wrong with taking stock of ourselves and what we need to be spending our time on to bring ourselves up to speed, but it might actually be better for someone working full time and raising a family NOT to have a spec (specification) about what their daily organ practice or work session needs to be or should be.  Imagining for ourselves a 2-1/2 hour minimum daily practice session to work at the bench, each and every day, will, more often than not, end in disappointment and discouragement because on many days we'll be finding ourselves pulled away from what we wish we could do, and we may be too exhausted mentally besides, to concentrate on it [See blog, Interruptions, Part II].  Instead it's just better to take what time can be taken and not concern ourselves about what isn't possible.

Being free of mind is better than burdening our mind with the idea that practice is not every day, or it's a long time one day and then there's a big gap before the next session.  We should just take what can be taken, be glad for the time we have, and go from there [See blog, Half Empty Or Half Full].  Whether we're practicing technique, repertoire, hymn playing, or improvising or composing, having an overabundance of time to hone our skills is nice to have, but not all that important.  Having a clear mind for the work, on the other hand, is very important.

If something happens to keep us off the organ bench, let's say, for months at a time due to something that isn't our fault such as a catastrophic life-threatening health problem, and we return to the bench after nearly a year being away and find our playing skills and memory have suffered from it, that our fingers and feet just won't move as fast and as accurately as before, that there are some strange gaps in our memory with things we used to play by heart, and now we need remedial work at the keys to hone our technique around just to get ourselves back to where we were before, we haven't lost anything.  What we used to do has never left our brain.  It just needs a little practice to get it back into our neuromuscular system.  The thing to do in this situation is not to push ourselves too hard.  The thing to do is take it in little steps at a time, take frequent breaks, and only compare ourselves today to what we could do yesterday.  In time we'll get back to where we were, and then some.  The reader should trust what this author is saying about this ... because he's living proof that this is so.

Our goal should be to make every day better than the last.  This is what we should strive for, to be better ourselves than yesterday, not to compare ourselves with what could have been ... not to compare ourselves with someone else around us no matter how much we may admire or respect them.  It's in fact impossible to really compare ourselves to others because we're not in the same situation as they are, or were, and they were never in our shoes.  Each of us has our own history, experiences, talents, and combinations of talents which do not exactly equate with anyone else's.  This provides us with an originality that others do not have.  But originality is not the point.

The point is something else.  We need to work at our own pace, focus on ourselves, remain joined to what is beautiful and useful, and leave the comparisons for others to make, if they so wish.

Today, when we speak of originality, 20th century methods of composition are often called to mind.  Some composers from that time, comparing themselves to others, felt they had to show something "original" in every new work of theirs in order to distinguish it from every other composer's work.  For them, having to "invent" something radically new and previously untried in every next piece of music became a necessity to maintain their originality.  In meeting this objective, departures from common practice norms which had developed over a very long time from the discoveries of a great many composers became the new common practice.  The new manner of writing put tones together according to no system at all except that dictated by pure whim or as the composer's own facile and misleading fingers gliding over the keys managed to draw them.  Much ugly music was composed because of this.

Trying in any way to be original ... thinking that the novelty of the finished product, and its novelty alone, determines how "good" their work is ... and constantly comparing their work with that of others around them or who have gone before them, caused some composers of that era to forget about another important concept:  beauty.

Pioneers in indeterminancy in music arose during this period who were advocates of non-standard use of musical instruments.  Post-war avante-garde works were written which challenged assumed definitions about musicianship and musical experience.  American composer and music theorist John Cage, for example, wrote a piece called 4'33", which is performed in the absence of deliberate sound.  To present the work musicians do nothing aside from being present for the duration specified by the title.  The content of the composition isn't four and a half minutes of silence, as is often assumed, but rather the sounds of the environment heard by the audience during performance.

By the mid-20th century numerous works also appeared for the "prepared piano" which was an acoustic piano with its sound altered by objects placed between or on its strings or hammers.  In the pursuit of originality Cage even described music as "a purposeless play ... an affirmation of life -- not an attempt to bring order out of chaos or to suggest improvements in creation but simply a way of waking up to the very life we're living."

Let not the organ scholar be confused by all this.  Organ music is not purposeless.  It's about communicating a language of warmth and meaning to the listener's ear whose mind seeks order in what the ear is sending it.  It's about power, love, and purpose:  three things our broken world desperately needs.